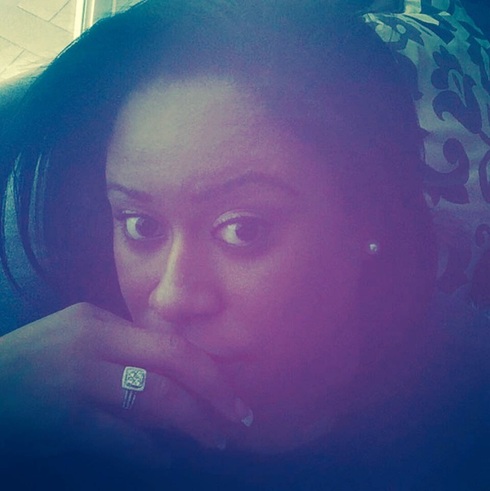 Written By: Porsha Frazier
Some girls look forward to their weddings their whole life. I was not that girl...until there was Pinterest! Pinterest makes every girl want to plan a wedding. I had boards and boards of what I wanted my wedding to look like. When my boyfriend of 3 years decided to propose, I was so excited. I wanted everyone to know that I was going to marry my best friend and we began planning right away. I never thought a year and a few months later, I would be writing about how my wedding was no longer going to happen. While I could go on and on about what could have been or should've been, I choose to share how I got to the point where I am now.

I won't go into detail about why or how we split, but how I overcame the worst heartbreak I have ever experienced. See women, when we love a man, we give it our all. A good woman, becomes a mans support system, his backbone, he becomes her everything when she truly is in love with him. Some men or should I say boys, can easily forget that and throw it all away like the woman never meant anything to them; like she never existed. I was that woman, I gave him my all to the point that when we split, I thought I could never give someone my all again, because mentally and emotionally I was broken....BUT GOD!!!

Instead of focusing on the fact that my wedding wasn't going to happen, or that I had just wasted three years of my life with someone; I chose to build my relationship with Christ. It was not easy to just completely stop thinking about my broken engagement or someone I once called my best friend. I had an amazing support system that just kept telling me, each day it will get easier and don't waste your tears on someone who doesn't deserve them. Those words of course went in one ear and out the other. I have 2 amazing God fearing parents, that prayed for me when I couldn't pray for myself. I have friends and family that are strong in their faith and they never let me forget they were there along the way. My maid and matron of honor made sure I did not have to handle anything pertaining to my wedding, but just made sure I focused on myself and my faith. I was going through finals and my old college roommate would come over to study but instead she would end up ministering to me and praying with me. I had several friends that made sure, I stayed strong! As days went on, I found that my confidence grew strong and my faith grew even stronger. I found myself not only praying for me, but praying for him as well that his faith would grow stronger and that he would be successful in anything he did, despite the fact that we would no longer be building something together.

When you fully give a situation to God, he brings you this calming peace and allows you to see that everything is in his control and on his time. What YOU may have thought was for you, may not be what God has for you. I believe that in the beginning God put my ex fiancé and I together, but looking at life now, I'm realizing he isn't the man that God had for me to marry and that's ok. I do not want anything that is not of God, because it won't last. You also can't hate or have anger in your hearts towards someone that does you wrong. God forgives us no matter our sins, so who are we not to forgive. I chose to forgive him, because I can't let that block the blessings that the Lord has for me. What God has for me, is for me!

My hope is that someone who is going through something, will read this and realize that God has you! There is nothing too big for our God! When something does not go the way you planned it, you better shout and Thank God!!! You want HIS plan for your life! He could be saving you from something that you don't even see coming!
How I Met The Author.....

Porsha "Fat Jaws" Marie Frazier, or "P" as I like to call her, is one of the many benefits that I have received through marrying Marcus. Although she is technically my cousin in marriage, I like to tell people that she is my little sister. This coming Saturday, the plan was for me to stand behind her and watch her marry her "best friend" but God had better plans. I have always known her to be a "girly, girl" but over the last few months I have learned that she is definitely a FIGHTER... after all she is a "Frazier".
SHARE YOUR THOUGHTS
Proudly powered by Weebly