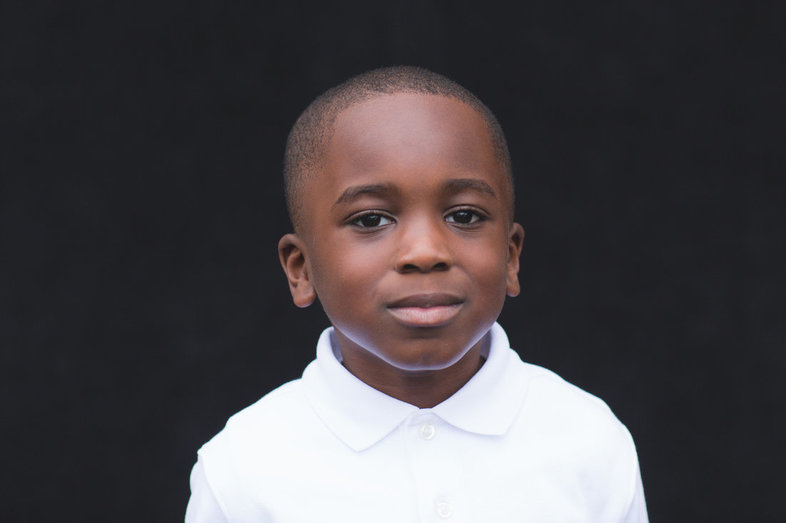 Written By: Emmanuella "Manny" Williams
It was the Summer of 2009 and I sat in the back of Grace Church of Humble running overhead for the 1st two services that Sunday morning. I'm not sure I remember what the title of the message was but I do remember that Pastor Scott was preaching about King David and the Prophet Nathan. This was the first time that I could remember any Pastor taking the time to talk about who Nathan was and it was very enlightening to me. Later that week, my husband was in our closet getting ready for work when he ran across a pair of blue baby shoes that I had purchased the day before. He brought them to me and asked if they were a gift for one of my many pregnant friends and without looking up, I responded, "No, they are for our son Nathan." Although we had been trying, he knew that I was not pregnant but he simply responded... "Amen".

Fast forward to March of 2010, I was about 33 weeks pregnant laying on an ultrasound table as the two techs whispered to each other nervously but tried to reassure me that everything was ok. Finally, my doctor came in and they all went out to talk in the hallway. The doctor returned alone and explained that sometimes, the techs like to call her down to double check the ultrasounds; especially at this point in my pregnancy. Marcus had joined me for almost every appointment but because I thought that this was routine, I told him that he didn't have to come... watching her study the screen made me wish that I had not uninvited him. After a heavy sigh, she explained that my amniotic fluid was very low, even for this point in my pregnancy. My doctor said that she liked to see woman at about a level 9 but I was at a 4 and it was too soon to induce. My heart sank. Although, I knew that God had promised me a son named Nathan, hearing the doctor explain the risks and potential complications for myself and the baby made me question what I thought I had heard from God.

I was placed on bed rest and went back to see the doctor for my regular weekly appointments each time with an ultrasound check. The two appointments that followed were positive, my levels actually increased slightly and I was starting to feel like those long hours of prayer that my husband and I were putting in were working. The last appointment for March came and I was approaching 37 weeks. This appointment wasn't so great, as I was told that my fluid levels had dropped back down to a 4, and that I needed to prepare my self to have this baby early. I was in a fog for the rest of the week. My husband did his best to try to reassure me but I was so stressed about the potential outcome. Based on what "Dr.Google" said, Nathan could be born with a variety of birth defects or worse he could not make it at all. That Sunday we went to church and I stood at the altar as Michael Ward (one of our church leaders) prayed for us. We went to the doctor the following Wednesday and she confirmed that my levels had only gotten worse and had dropped below 4. It was now at a dangerous point for me and the baby. I would need to be induced ASAP. We went home to get our bags and I spent the night at the hospital so that I could be prepped for the induction process the next day. The following morning, it was time. Step by step, the nurses moved my delivery along. Finally it was time to break my water. The nurse's face said it all... she was shocked, no water to break. She looked at me and said that she really didn't know how the baby was still alive...there was no amniotic fluid.

Everything after that conversation was a blur as my contractions quickly progressed and I had a new born baby boy in my arms just a couple of hours later; I was just praying that he was healthy. By the afternoon, my mom had flown in to join Marcus and I as I recovered in my room. As they wheeled Nathan in from the nursery, the on call pediatrician came by to let me know that "most" things were normal with my new baby boy but she believed that he had a heart murmur and that she would have to run a few additional tests. Before she could even finish, my mother looked at the doctor and in her broken Haitian-English shouted, "we do not receive any bad health reports in Jesus name. My grandson does not have a heart murmur." I was so embarrassed. I thanked the doctor who seemed happy to leave anyway and told my mother that she couldn't do that. Not only did she remind me that she was MY mama but she also said something that I will never forget: "When it comes to your kids you have to fight and pray for them everyday. Even when it's inconvenient or uncomfortable you have to remind the devil that he has no authority over their lives." Today, I believe that it was Michael Ward's prayer that kept Nathan alive without any amniotic fluid and mother's declaration to the devil that has kept him the healthy seven year old that he is today. As I celebrated his birthday this past Saturday, I was reminded of all of these wonderful memories and 2 Corinthians 1:20: For all of God’s promises have been fulfilled in Christ with a resounding “Yes!” And through Christ, our “Amen” ascends to God for his glory.

I had never heard God's voice as clearly as I did the Sunday that sat at the back of the church running overhead. I believe that there is a great purpose over my son's life and my husband and I have been chosen to guide him through this journey through life to find this purpose. Although I never feel deserving, God blessed me with Nathan, my "Reward" and "Gift from God."
SHARE YOUR THOUGHTS about this post
Proudly powered by Weebly