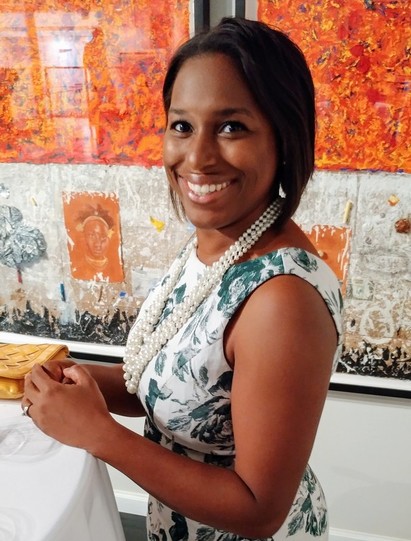 Fight for the Future

Written By: Mikiba Morehead
I recently realized that I was about the same age as my daughter when I was adopted by my Grandmother. This insight came over all-inclusive morning mimosas with a friend while on vacation in Mexico. I was sharing my adoption story when she pointed out the similarity I had previously been oblivious to. Acknowledged tears welled in both our eyes, and then we embarked on a conversation that changed my perspective. Our trip was as much about realization as it was about deepening our friendship. In that vein we shared truths about ourselves that were never hidden but more placed at bay by life's everyday happenings. So I told her another story.
​
The summer before I was to start high school my mom asked me to spend the summer with her at her house out of state. She was ​"doing well now"; had a steady job, had bought a beautiful house, and was getting serious with a guy who also seemed to have it all. The invitation to spend the summer was a bit of a surprise as up to that point my Grandma and I had only ever gone for a two week stay. Never the less my Grandma agreed and off I went for the summer.

​My pride and anxiety at being by myself so far from home was met with the boredom that comes with having an expanse of time, no money, and no friends. I was completely isolated in the beautiful house with clear instructions to stay off the precious white couch and not to touch or eat anything while my mom and the guy were away at work. Through the glass I became friends with daytime tv characters, the passersby on their way to the park down the street, and the frat boys who lived next door. Up to that point I had spent countless hours daydreaming of what life would be like if I lived with my mom. In a fit of little kid defiance I had pulled my trump card, "I want to live with my mom!” only to have my Grandma smoothly dismissed me with a chuckle and an unexplained "no you don't". Now I had the answer and it was confinement and loneliness. I wanted to go home.

One evening after a hushed discussion between she and the guy, my mom asked me if I wanted to stay with her; move permanently and have an instant family. I felt my whole body get hot. The converging of the pleading I saw in my mom's eyes and the voice I heard in my head repeating iwannagohome. I said nothing. She eventually left.

It was close to the time I was supposed to return home with my Grandma when I began to ask my mom when she would arrive- no answer. I began to overhear nightly hushed phone conversations and knew something was going on. No answer.

One evening when just mom and I were home there was a knock at the door. No answer. The knock grew until opened. It was my Grandma! I was so happy to see her but it took a long time for my mom to open the door wide enough that I could get to her. There was something off between them but I didn't care. After a long hug my Grandma told me to go get my things, it was time to go. Obediently, I went to put the last stray things in my already packed bags. When I returned there were no long goodbyes like the end of previous trips, just a dry "say goodbye to your mother", and a whisper of "I'll come get you soon" from mom as my Grandma tugged at my shoulder.
​
It felt like midnight at the Greyhound bus station while we waited. I wanted to tell my Grandma everything but she sat still and silently. As soon as we settled into our seats on the bus I fell asleep wrapped in my Grandma's arms, home at last.

I emerged from being transported back in time to see my friends face. She had already filled in all of the unspoken blanks. We breathed the ocean breeze and took a long draw from our champagne flutes.  Then she said "stories like these make me realize all the times our parents fought for our future."
​
She astutely pointed out how my Grandma had placed a bet all those years prior that she would one day need the standing adoption brings. By adopting me she had assured that no one could take me from her watchful care. How she knew one day my mom would come calling even though she had never displayed motherly instincts, or resolved her inner issues, or found self-assurance outside of the temporary attention of a shiftless male figure. How showing up that evening on my mom's doorstep was her fighting for the future she had imagined and secured for me. A different choice at any step would have led to an entirely different trajectory for my future. My life.
I was stunned. Up to that point the story was just something that happened to me a long time ago, not a story of something that happened for me. An act of love. A fight for my future.
How I Met The Author

Mikiba Morehead (Justin Morehead's better half) and I met when our spouses and I started our "Freshman" year at our first company. Although they are die hard LSU fans, we became fast friends as we watched the Gators put a beating on the Tigers (at least that's how I remember it). That night I learned something from Mikiba that I have never shared with her... well, until now. I learned that the smartest and wisest person in the room isn't always talking. Mikiba's cool presence fills up and brightens a room even when she is silent and when she speaks she has a way of drawing you in with her wisdom and humor... there is nothing like Mikiba's story time. In addition to being an amazing friend and wife, I have also had the pleasure of watching her raise 2 beautiful children that are just as wise and smart as their mother...she is making her grandmother proud by living a life that was "worth the fight" .