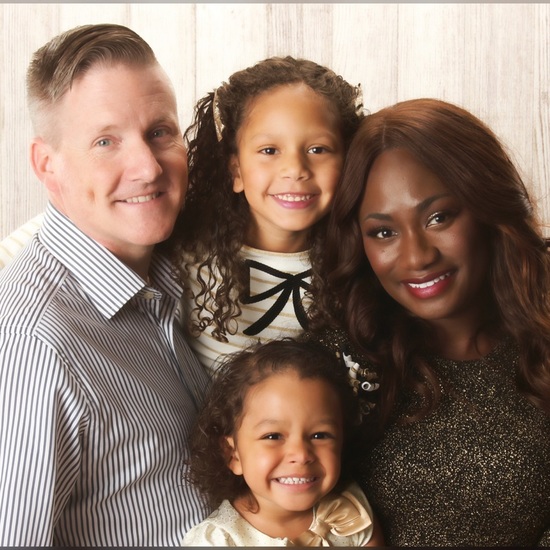 Can You “Lean In” and Rest at The Same Time?

Written By: Sherrell Kuhns
After grinding for 6 years in college on full academic scholarships, and 10 years of working in Corporate Human Resources, I had finally landed my dream job as an HR Manager at a Fortune 50’s start-up location. It was located right smack in the heart of downtown and only 8 short miles from my home.  Being a native of the city, this role had special meaning to me.  For me, it meant that I was able to be a part of the city’s revitalization and be a part of a narrative that could forever change someone’s or an entire family’s trajectory.

It didn’t get better than this and I was fully committed to do whatever it took to help sell someone on relocating to the new location or making sure my colleagues had anything they needed from me to do their jobs. This meant late nights, early mornings, or often times, both. Sending files during vacations and weekends. Replying to that text message. I did it all. But when the work started piling up, I decided that something had to change, and that I had to work smarter. I figured out if you power walked from the garage 3 blocks away you could get brisk cardio in, and if you scheduled meetings over lunch, you could give someone that 1 on 1 time they wanted while tackling an item on your “to-do” list and get some nutrition in at the same time. I even began scheduling a time to pray with my Manager to make sure I brought my whole self to work, with Christ at the center. Bam! - I was able to kill three birds with one stone, all during the course of an average day. However, during this same time, my family was on an entirely new journey that I didn’t even recognize was unfolding before me. Months before I landed my dream job, my husband was asked to interview for a new role, which would be a promotion and would allow him to do more of what he loved. He interviewed for the job, but after months of not hearing back on if he was selected, we assumed it wasn’t in the cards for him this time.   My oldest daughter was thriving in pre-school, but due to work schedules, could spend up to 11 hours a day at school. My youngest daughter was a toddler, and spent the days with my newly retired and extremely accommodating and patient mother. I tried to balance my “mom guilt” of being away from them during most of the week, by packing our weekends extremely full with activities to do, and even took pride at how much we were on the go. We began to outsource (or increase the frequency of) services so that I wouldn’t be distracted by having to run errands and household chores.  On top of all of that, my husband and I signed up to do a year-long discipleship huddle with our church. Getting to the meetings, on time, was a challenge. But the more I attended, the more I began to tune into what God was saying to me. And what I heard was loud and clear. I was out of balance. I needed a Sabbath, or rest.

REST??! – But what does this exactly mean? Is that like a 5 day exotic vacation? Probably more like 7 days at an all- inclusive. How about I just exercise more and drink less coffee? What if I commit to leaving the office before it got dark outside? Does gravity even allow you to "Lean In" and "Rest" at the same time? IJS. Won’t I be letting my team down with a premature exit? Surely this doesn’t mean anything really drastic?

I thought I had buried the desire to be a stay at home mom deep down and banished it to the gates of Hell. But seriously, Jesus is my homeboy, and surely God wouldn’t want me to give up this awesome career He blessed me with in the first place? And then we got the call. After several months of waiting to hear back, my husband was told that he did get the job. Since the new role was in California, on the opposite coast from where we lived, he would have to commute before ultimately relocating. After a lot of discussion and prayer, we felt like the move to California was where we were supposed to be and he began commuting weekly, for 35 long weeks. The commute was brutal, and he would walk in the door from catching the red eye in at 6 am, often times while we were still sleeping, but with a smile on his face. What a sacrifice he was making for our family!

Perhaps I was trying to stall the inevitable, and instead of easing up at work, I doubled down.  But something had to give because we were collectively burnt out as a family. So, I made a tough decision to walk away from it all and submitted my two week notice.  I was effectively divorcing the city and job I loved in order to put my family first. I knew I could always come back to visit the city, but walking away from the job was tough. There was more of finality to it and a different type of guilt, responsibility and weightiness associated with the decision.  It had also become a part of my identity, who I was, and I worked damn hard to have the opportunity others wouldn’t trade for the world. Now in my early 30’s, I had never stopped to realize that I had been working nonstop since I was 14, and not because I had too, but because I wanted to. (There was the time I worked as a dishwasher at a butcher’s…and was a vegetarian, or the time I was a pee-wee basketball referee…and still don’t understand the first thing about basketball. Who does that unnecessarily? I digress…) The more and more I thought about it, maybe a sabbatical from work wouldn’t be so bad? Could it really be rainbows and butterflies on the other side? Quitting my job wasn’t easy and has been a transition. I do miss having a steady income, paid vacation days, team camaraderie, and best of all, finding free pizza in the kitchen.  On the other hand, I do enjoy being the primary influencer of my children’s life and actively building a mission and vision for our family. I cherish the times I can see my daughter smile when I pick her up from school on time, or when I can cuddle my other daughter for a nap.  I have been able to pick up hobbies, practice my Spanish, convince myself that it’s time for a new tattoo, workout regularly, and fulfill my life long dream to dye my hair purple only to realize purple hair doesn't look good on me. I have given myself permission to be still, and listen to my body. I realized I had a really unhealthy diet and was able to address some health concerns that I had been previously ignoring. I’ve even been able to pursue some of my entrepreneurial passions that I never had time to give attention to; a passion born out of the days I used to sell Dill Pickles, Airheads, and Giant popsicles as a kid (again, why was I doing this stuff?). Through it all, I remind myself that I was born a hustler and come from a family of entrepreneurs who are scrappy and bounce back.

Most importantly, I realized it’s not as important as who I am, but whom’s I Am. I’ve been able to be in a posture to receive and have been amazed with the outcome. God has showed up in many ways. We were able to buy a bigger house on one income which we want to use to strengthen community within our new city.  We’ve taken several vacations during the past year to explore our new surroundings and gained a deeper appreciation for the world around us. Most importantly, we have been able to maintain our giving to charitable organizations, bless others, and made some good friendships while being encouraged by other women, whom I call my tribe.

There is a lot of chatter on whether it’s best to be a stay at home mom or a working mom. I’m not sure if there is a universal answer. Will I return to work one day? Most likely. Either way, I want to encourage others to listen to that still, small voice of what God is telling you to do, and not to put too much pressure on yourself to be perfect. Working in HR, I know that people unfortunately can be replaced, but not so to their family.  I now view this concept of work and success through a broader lens and realize that there are opportunities to develop, learn, grow, impact and be rewarded in many areas of life, instead of just from a corporation.  We should encourage each other to identify more than just with the car we drive, the title we have, or the clothes we wear. Whatever you do, remember to work from a position of rest instead of only resting from work.
How I Met The Author.....

In 2011, I took a chance at a career opportunity that led me to a new city and away from my family. I was all alone in my husband's hometown but it seemed like Oz to me. Thankfully God had me covered and strategically placed Sherrell Kuhns and I in the same company, location, office and work team.  He knew that I needed her "never met a stranger" and fearless spirit to get me through one of the hardest career moves of my life. In every aspect of our friendship she has taught me that... "you don't have to be great to start but you have to start to be great."

Sherrell Kuhns lives in California with her husband, two daughters, and Beta fish.  On sabbatical from Corporate Human Resources, she has tapped into her creative and comedic side to launch an HR blog. Check it out at www.afriendinHR.com
SHARE YOUR THOUGHTS
Proudly powered by Weebly