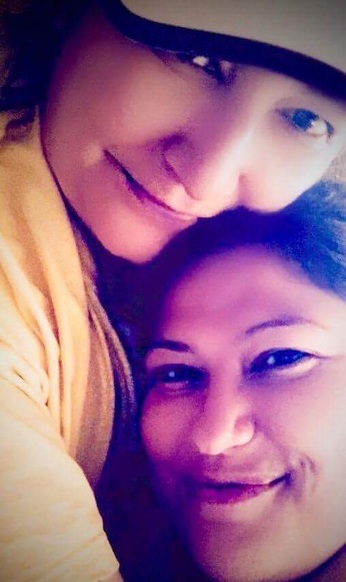 ​The Story of Us In Pieces

Written By: KeriAynn Strickler-Wood
Have you ever seen the late-90s fantasy-drama Sliding Doors? The film is based on a particular moment of the protagonist’s life which is dramatically altered by a moment involving the sliding doors of the Tube (London’s equivalent of the El). In one scenario, she barely makes it onto the train and arrives home just in time to catch her partner in bed with another woman, but this disaster leads her to finding happiness with someone else. In the other, she just misses it, doesn’t arrive home until the other woman has gone, and remains complacent in her unhappy life. Likewise, our lives are made up of a series of moments, however random or predestined they may be. My life is no exception. I spent most of my adult life--nearly two decades--with the same woman. Then one day, it all fell apart, not as poetically as a movie script, but more like a trainwreck from which (not to be overly-dramatic) I literally thought I would never recover. While she moved on happily with a new love, I mourned incessantly over the loss of my relationship, my friendship, my identity, and my youth.

Time and time again, friends encouraged me to get out there and find someone new. That was the last thing I wanted! One day more than a year after the dust settled, my precocious young daughter said, “Maybe you should try online dating. I see those commercials all the time.” So, I did. It was disastrous. Over and over and over again... Friend after friend suggested they knew the perfect person for me. One such couple--my daughter’s godmothers, actually--had been telling me for some time that they wished I could meet one of their cousins. After all, she was an Oklahoma lesbian, so, by default, we automatically had something in common. When they brought it up again, I took a pass. The thought of getting set up by friends or family made me even more hesitant that I was already. After all, if it didn’t work out, then I’d risk possibly messing up a valuable friendship in the process. As it turns out, she had challenges to deal with at the time. And with relationships, timing is everything.

A few months later, these same good friends asked my daughter to be the flower girl and ring bearer at their wedding. I said yes, and it wasn’t long before they mentioned that Sydney--the infamous cousin they’d wanted me to meet--would also be attending. As the date approached, I found myself looking forward to it. My friends suggested seating us at the same table for the reception dinner and I decided I was up for it. Little did I know how much that night would change my life. As everyone was finding their seats, I chatted with mutual friends who were giddy at the idea of us finally meeting. I assumed she would be just as curious about our meeting as I was that evening. As it turns out, she was a total introvert who was completely blindsided by the seating chart and who had no idea that her cousin and her new wife had been playing matchmaker. So, after sitting through almost the entire meal grinning like idiots, practically forcing conversation out of this woman, I finally said, “By the way, I’m KeriAynn, Kyla’s mom. Diane and Sharon are her godmothers. She was the flower girl.” She looked at me like I had a third eye, and politely said, “Ok. That’s nice,” and turned back to the to conversation across the table. I was so disappointed. I thought she didn’t like me, and I was more than a little bit embarrassed. Finally, one of the men at our table said, “So, how do you feel being stuck at the Gay table?” Almost as soon as he finished, she whipped her head around and asked me with complete surprise, “You’re gay?!” And suddenly the night was transformed. We chatted easily for the rest of the evening and late into the night when she finally asked me if it would be too assuming for her to change her flight and spend a couple of extra days here. I’d like to say the rest is history, but our true love story didn’t begin for months to come.

We saw each other as regularly as we could, but long-distance relationships are a challenge--especially, when it’s a 12-13 hour drive or a not-so-cheap flight just to see each other. Still, we managed to make it work. By January of the following year, we decided we wanted to make a bigger commitment to each other. Then, in March of this past year, she had an CT scan of her neck and shoulder, which had been bothering her for some time. She called me a few days later and said that something had shown up on the scan and her PCP wanted to get an MRI to check it out. Literally, within hours of the test, she called me...her doctor had called and told her that she had a brain tumor. Time doesn’t stand still when you want it to, but instead it races ahead faster than you can grasp. I dropped everything, went to Oklahoma, and immediately began accompanying my fiancee to one doctor’s appointment after the next. Clival Chordoma. That’s what they told us. Very aggressive. Not the kind of response we wanted and certainly not something we trusted the doctors we’d met with so far in Oklahoma to handle. So, after a lot of research in a very short amount of time, we decided that the Loyola surgical team here in Chicago had the best options for us. While they didn’t want us to be alarmed, time was of the essence. She was going to have brain surgery.

In the 19 months we’d been together, I had fallen more deeply in love with this woman than I had ever experienced in my life. Not only was she beautiful, intelligent, funny, good to my kids, but most importantly, she shared the same passionate love for Christ that I did--something I had prayed about for a very long time. Even though I knew where she would go if she died, and that I would see her again one day if that was the case, that is not what either of us wanted. I was determined not to lose her. We were going to have our miracle. I just felt it. As scared as I was, I was more determined to pray and to pray hard and to get everyone I knew to pray for her.

Surgery was lengthy and involved a team of surgeons and a variety of medical staff to skillfully remove this tumor. They had literally never seen a tumor of this type before. It had the calcified exterior of a malignant tumor, but the soft tissue interior of a benign tumor. So, while it had been removed from her head, we still had no idea what we were dealing with, if it would return or whether or not it was imminently fatal. Not only that, the healing process would potentially be equally grueling regardless.

It took nearly five weeks to get the official pathology report. Her tumor was benign. In spite of a very lengthy and difficult recovery, she is going to be fine and currently doing well. After months of putting our life together on hold, we were married on July 30th in downtown Chicago, just the two of us, a judge and my daughter as a witness. Whatever doors opened and closed in those first two years, must have been exactly what needed to happen to get us to where we are now: totally in love. happy, enjoying how the pieces of our puzzle have finally all come together to make our life so beautiful because in the very simple, very true words of Lin-Manuel Miranda "Love is love is love is love is love." And Love, my friends, is what matters most of all...

How I Met The Author

In 2014, our move to Chicago was nothing less than "stressful". My one hour of peace often came on Sunday mornings at church but on one particular Sunday the stress of the move and trying to adjust to this new life was written all over my face... and that is when I met KeriAynn...call me "Mimi" she said. With the biggest smile on her face she offered herself to help with the kids and more importantly... cupcakes! In this simple first meeting, she had set my heart at ease and I knew that everything would be alright. So when she stopped my husband and I in the church parking lot to pray for Sydney, I was more than happy to return the favor and reassure her that the same God that gave me peace in my move would give the Miracle of Healing. I am so grateful that God had us cross paths to help each other get through life and all things big and small.