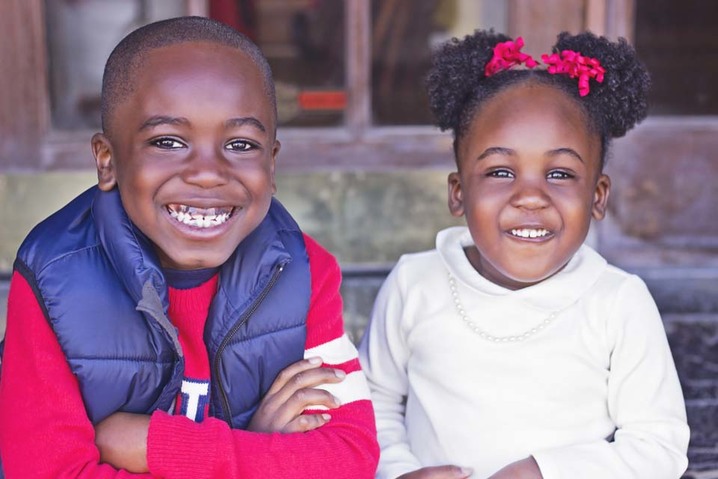 Extra Credit For A Working Mom

Written By: Emmanuella Williams
It was 2:20 on the first Tuesday of December and I was having a staring contest with the clock that hung in the meeting room where I was supposed to be leading the annual performance meeting for my group. As the managers debated on who would get what ratings, all I could think was... if I leave right at 2:25, I could still have time to run across the building, grab my bag and sneakers and run to make the 2:40 train. Just as the long hand stroked the 5, the group decided that we needed to meet a bit longer to have a deeper dive conversation about this group of employees. Normally, I would encourage and even applaud this recommendation but not today. Today my little girl had her first Christmas show at 4pm and my husband was across the pond for a work trip. No... today was not the day, I needed to be there for her... but I also knew that I had signed up to be an employee which also meant that I had responsibility to finish my job. Feeling defeated, I decided to mentally rejoin the meeting and finish strong, even though my heart was not there. I sent a text to few mom friends to take pictures for me and had to just be content that this was all that I would get. Rushing through the next 40 minutes of the meeting got me on the 3:40 train. It was the longest train ride of my life as I hoped and prayed that there would be some part of the show left. 4:30... I jumped off of the train and ran/walked the 5 blocks that seemed to go on forever. I jumped in the car and drove as fast as I could but got there just as all of the parents were leaving. The show was over... I had missed the whole thing.

Unfortunately, there was no time to mourn if I was going to be able to pick up my son Nathan, give both kids a snack, get him dressed and to the school by 6:30 for his 7pm Christmas show. Flying back home, I started thinking through the steps and timing for how and when I would need to get out of the house in order for Nathan not to be "the late kid". 6:15 was my time. I pulled in at 5:30 and had 45 minutes to get everyone fixed up and out of the house. 6:10 I was driving down Wheaton Ave... I was doing well but Layla hacking in the back seat didn't sound so good. I parked the car and opened her door in enough time to catch a handful of vomit in the BRAND new scarf that I had purchased the week before. Without even thinking I threw the soaked scarf in a grocery bag and huffed both kids across the parking lot to the school... I was not going to be late.

After standing in the cold line outside with 2 kids, one of which I was praying wouldn't throw-up again, we were finally let into the warm gym. Nathan ran off to class while I carried Layla into the gym to find a seat... easy right... wrong. I passed row after row of empty seats with nothing more than jackets and umbrellas holding them. I felt like Forest Gump as I was told over and over... "this seat is taken." Two rows from the back of the gym where my child was barely visible, we finally found a pair of seats. As soon as the show started, Layla decided that she no longer wanted to sit quietly so I whipped out my cell phone and headphones so that she could watch Peppa Pig and I (and all of the people around me) could watch the show in peace. I could feel the mom next to me glaring a hole into the side of my face because in that moment I was letting Peppa babysit Layla... I kept looking straight ahead as if she was not there. Judgement was one more thing that I could not deal with right then.

The show ended and I was exhausted... it was 8:00 but I still had more to do. The teacher had sent a note that Nathan MUST have Snow boots for recess the next day and unfortunately he had completely outgrown his barely worn pair from last winter. 2 Target stops and a Kohls later... I literally sat in the car about to cry. 8:35 and I had no snowboots, we were all tired and the kids were starving. I'm sure that it was nothing other than the Holy Spirit that told me to call one other shoe store before driving over there. Success!! By 9, I had snow boots and Chick-Fil-a and we were heading home. At 9:45... I kissed both babies goodnight and finally laid down with every inch of my body hurting. As I lay there recapping the day, it felt like I was failing at being a mother; I had an F-. Right then and there I decided that I never wanted to have another day like that again... I needed to pick one of the two... my job or my family; family wins.

I woke up the kids at the ungodly hour of 5:00am the next morning... which to some people is child abuse but for me it was the only way that I would be able to get both kids out of the house, drop Layla off, park the car at home, walk Nathan to school and catch the 7:42 train. As Nathan and I walked to school, I said "Hey Buddy, how would you feel about mommy not working anymore." I was searching for some validation and excitement but instead I got a perplexed look and a response that I wasn't ready for. With sad eyes, he said " if you didn't work, we couldn't walk to and from school together anymore... I like this time with you mommy. I also like visiting your job in the Summer and going to BASP(Before and After School Program) everyday. I think that I would be sad if you didn't work mommy." Hearing him say those words felt like the teacher had just handed the exams back and I was saved by the curve. Somehow, I was not just getting by but I was passing. Just like many working moms out there, I'm sure that I grade my self way too hard and constantly deduct points for the things that I miss or can't do because I work but what about the bonus points and the extra credit homework. Add them in... it may not seem like a lot but the kids see every bit of effort that you are putting in and it all counts... to them you are an A+ mom.
SHARE YOUR THOUGHTS about this post
Proudly powered by Weebly