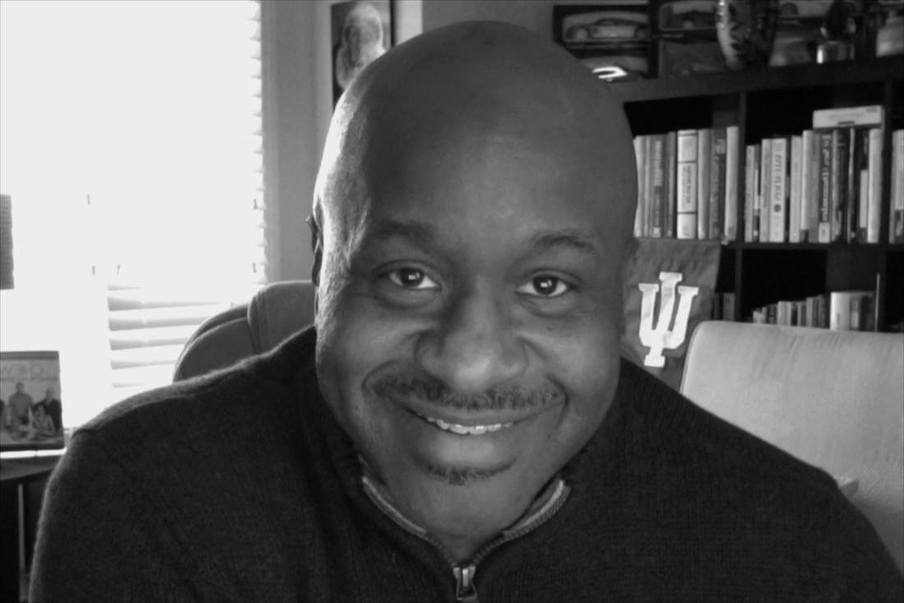 Written By: Dotch Phillips
My name is Dotch, I am a corporate executive with a major worldwide company and have been for the past 20+ years.  More importantly, I am a father of a young lady who has made me one of the most proud parents a person can be.  Being an involved, engaged, caring and present parent can be extremely challenging.  It can also be even more challenging, if you are doing it as a single parent!  It brings back the whole adage of anything worth having is not easy getting.  Being a father to a little girl and wanting her to be the most well-rounded, healthy (physically and mentally) and driven little-person was my ultimate goal. Recently, I was asked to share my experiences with ‘covering’ with our company’s senior management, which was somewhat shocking, but appreciative. The act of ‘covering’ is when an individual/employee “cover” their identities in some way – not necessarily hiding something, but downplaying it for fear of drawing unwanted attention or making others uncomfortable.  In fully understanding the definition of covering, I quickly realized not only was I covering, but I was also hiding my true self.  I could very easily connect with this behavior and wanted to come clean about it. I was willing and prepared to share a secret I have been keeping for the past 24 year from everyone professionally and most others personally about what was going on in my head whilst being a professional.   I was suspicious that others might judge me and my personal situation!  Honestly, being able to share my story and my experience was both therapeutic and cleansing!  This is one of many stories that I can share about covering and being a single parent!

My story starts when I was a junior studying Finance in undergrad, when I had recently discovered that I was a fathered a little girl three years prior.  Interestingly, I saw my child’s mother in the local mall pushing a stroller with said child in the mall.  Curiously, I asked, “is this your baby?”  She responded confidently, “Yes”.  In amazement, I asked another question, “Who is the father?” She responded, “Oh, his name is *redacted*!”  I was relieved to think that that I had dodged a bullet, only to realize that the child I was looking at was actually mine several years later.  Accepting reality, I made a conscious decision to take both my fatherly and educational responsibilities very seriously!  Fortunately, I was in the throws of understanding the roots of my own family dysfunction and simultaneously developing personal strategies to address it.

Fast Forward 6 years when I am a 1st year MBA student studying Finance at one of the best b-schools in the nation and I receive a phone call from mother of my daughter who states that she can no longer take care of our daughter.  In a desperate panic, I call on my younger brother who graciously agrees to care for her until I graduate.  He, and his wife, have been and continues to be a blessing in my life!  Keep in mind, they were newlyweds without children of their own.  Who does that?  People who care about family and love you unconditionally, do that!

During the fall recruitment process for full-time jobs, potential employers were constantly asking me if I were married, but interestingly, not one recruiter asked if I was a parent.  I can only interpret this to mean that only corporate executives who are married have children.  Consequently, I was hell bent on finding a job FIRST to be able to care for me and my daughter, thinking that I will talk about my family status after I get the job.  My goal was preparing for my impending move to a new city and be a single-parent of a 9-year old beautiful little girl. I moved us in to our new home, I started my new job, my daughter started school and I was very secretly a single-parent working as a divisional controller of a fortune 50 company.  I convinced myself that I needed to defer communicating (keep up the lie I was telling), fearing that I would need to explain to people why I did not share this secret with any of my colleagues sooner.  Saying to myself personally, as most people might think, “it’s none of your damn business what I do in my personal life”.   When I needed to go to her school, which is included parent/teacher discussions, field trips, forgotten lunches and other reasons, I made a conscious decision tell my management that I “had an appointment”.  All the while, I was listening to many co-workers with ‘traditional’ family structures talk about parent/teacher conferences, family vacations and other family dynamic child issues.  Now, I was doing all of these things to support my one and only child; however, I was doing it secretly and never sharing any of my challenges or successes with anyone outside of my immediate family.  At that time, I was terrified that I would be seen as too different or a part of a racial stereotype associated with blacks of having children out of wedlock.  Working a corporate job alone and being a trailblazer in my family was difficult enough.  Who I am to add more complexity?!?  This made me consistently fearful of not being given advancement opportunity and to confidently show and prove my worth and value to the company, as others would be given because of my personal family situation.  Unfortunately, I was determined to keep my private life, just that, private.   Unfortunately, I could not share any of the challenges that I was facing as a new full-time single parent, issues with being a father raising a daughter, the guilt and shame of being a young parent and not just being able to talk about ‘normal activities’ that families talk about in normal conversation.  I was terrified of socializing with other single people and simply couldn’t ‘connect’ with other professional parents.  So, I just pushed forward not knowing what was going to come of all of this shrouding of truth I was doing.

Almost 18 months passed, and my daughter and I were doing our normal weekend duties of grocery shopping for the week when I ran into a co-worker who was excited to see me in public.  She remarked, “who is this beautiful little girl?”  I gulped and responded, “this is Lorraine.”  She looked at me and without saying anything, it was obvious she was looking for more like, and ‘who is she’?  Here I am looking crazy with my eyes wide open saying nothing to the point of awkwardness.  In my mind, I said, screw it and the next words out of my mouth was, “she is my daughter”.  At that time, I realize I was just tired of hiding my family status.  We then parted and went about our ways.  About 5 weeks later, I had meeting and the co-worker I ran into while in the grocery store earlier was in the meeting and she asked me in front of everyone else in the meeting, ‘how is your daughter Lorraine doing?”  My boss was in the meeting in the meeting looked at me with confusion.  He later came invited me to his office and told me that he did not know that I had a daughter.  Before he even said anything else, I just told him that I try to keep my private life, private.  I am really not sure how he took it, as we did not have any other conversation about it.  I left the company 8 months later and took another job in my home state, after being recruited for a promotion with another well-respected firm.

I felt so bad about the entire thing, that I made a decision to just tell everyone at the new job that I am a single parent of an intelligent and beautiful little girl and to be as normal as I can be and let the chips fall where they may.  Today, my daughter is 28 years old now and I have never shared this story with her.  Or let her know how I was feeling when she was younger.  I have dealt with my demons over the years, but my decision to cover my family situation, felt initially like a curse.  I now see that it was truly a blessing for her and I.

In closing, sometimes, we can’t be who others think we should be.  Rather, we must be ourselves and be very comfortable with any mistakes, missteps and accept those actions in stride.  We must commit ourselves to be more conscious and more aware of how our actions can impact our children, our family, our psychological and our emotional well-being.  Moreover, I realize that had I not  stopped ‘covering’ that it could have potentially affected one of few people I love unconditionally, in less than healthy ways!  I am proud to be a parent to my only child and accept my blessings each day for our wonderful and fulfilling relationship!  I am a better man from all of these experiences!

​How I Met The Author
When I started with my current employer 3 years ago, I was determined to network and meet as many people face to face as I could. Although we had exchanged a few emails, it was a few months untilI could finally meet Dotch Phillips... it was well worth the one hour commute that day. It's so ironic to me that Dotch's post references   "covering" because it was the 1st time in my few months at work that I felt like I had stepped into a  safe space and could finally be open and honest. In our first meeting, he treated me with the  respect of a trusted colleague and the warmth of an  old friend. It was like we  had  known each other for years and just picked up where we left off. .. and it's still like this every time  we meet.   The last time we talked , Dotch shared his story with me and I knew instantly that I wanted him to share  this with you.  This story "uncovers" the truly wonderful friend, husband  and most importantly Father that Dotch is... and if you don't know now you know!
SHARE YOUR THOUGHTS about this post
Proudly powered by Weebly