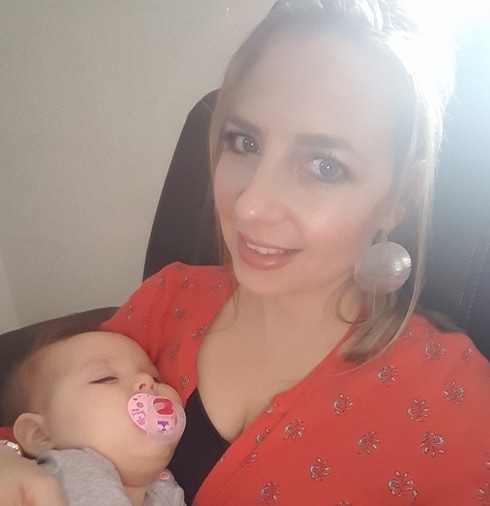 My Most Regrettable Act

Written By: Billie Rayne Garza
“Abortion is not a choice; abortion is murder.” That was my tagline all through my middle school debating years, and something I truly believed. But hey, I was twelve years old, what did I know? Almost ten years later and I found myself sitting nervously in an abortion clinic waiting room. Listening to other girls my age talk on their cell phones like we were there waiting to get our teeth cleaned.

Why? Because I was a twenty-one year old single mother to a three year old son that I could barely care for properly, and I had just found out I was pregnant by my most recent knucklehead boyfriend, who also had tried to KILL me just a few weeks before. I was like a walking billboard of reasons for why someone “should” and even, “needed” to have an abortion. So there I sat. Alone. Confused. Scared. And backed into a corner that seemed to only have one way out.

I was even more devastated to learn that I was in my second trimester. Was this a real baby? I had so many questions. Unfortunately, information was limited and short per their rules and regulations. They couldn't even allow me to see my own ultrasound pictures. Their explanation was that they “were not allowed to give me any information that could sway my decision one way or the other.”

I cried. I went home. I cried. I returned… After several more visits, and a lot of backing out … I was finally convinced that I had no other option and I terminated my pregnancy. That is the politically correct way of saying, I murdered my baby.

It was a two-day procedure that took place seventeen years ago this past February. Seventeen years ago, and I still remember the sounds I heard as I lay on that table … and the sights of the “tissue” that continued to be expelled from my womb over the next few weeks… Seventeen years ago and it still aches in the deepest parts of my heart. And while I have found forgiveness in the redeeming blood of my Lord and Savior, Jesus Christ, it does not erase the pain of what I have done, or the lingering feelings of deep regret. In fact, it is my most regrettable act. I have lived a largely misspent life. I have made terrible choices and have trespassed in countless ways, but there is nothing … no thing… not one thing that I regret more than this. It’s wake was a tailspin of depression and sadness unlike anything I had ever experienced. Looking back, I believe I was mourning. Mourning the death of my innocent baby.  The worst part was that I was the one that had ended their life.

Abortion was my choice and for me it was indeed a choice to murder. Its aftermath, was sorrow and pain. I understand that now more than ever. The only place I have found comfort and peace is in the arms of my Father (God). He has been incredibly gracious to me, and He continues to led me through a journey of healing and restoration. Several years ago, in the midst of this journey, I was led to name that sweet baby. A name that only He and I know. Call it craziness or intuition but I had always believed that baby was a little girl. And now, seventeen years later, and after two boys, God has seen fit to bless me with a beautiful baby girl. I love ALL of my children more than words can express, but she is a special reminder to me of God’s goodness. My cup runneth over.
How I Met The Author

Billie Rayne Garza (White when we met), and I got to know each other on the hot Houston Park district bleachers as we watched, my husband try his hand at pee-wee football coaching and her son - Lucas and a few other kids were his poor victims.  Marcus and I were newly engaged and had no kids, so by all accounts, we had absolutely no business being out there... but God.  Billie was the first non-work friend that we made in Houston and she would soon become family as she helped us through so many tough decisions - one being our first home purchase. When we met, she was single mom doing her best to raise a boy  into a man while patiently waiting for her "Boaz" , who she would love the Godly way.    I was blessed to  see God bless her with an amazing boyfriend who is now her husband and father of her two beautiful babies. One thing that I love , love, love  about Billie is  how REAL she is.  I  always felt that her love for me  and   investment into our friendship was always so real  and full of passion but nothing matches her love for Christ.   10 years ago I thought that God was having Marcus help a struggling group of boys learn to play football... today I know that he was gifting me with an amazing prayer warrior, sister, mother  and lifelong friendship with Billie Rayne...MY cup runneth over. #BLESSED
SHARE YOUR THOUGHTS about this post
Proudly powered by Weebly