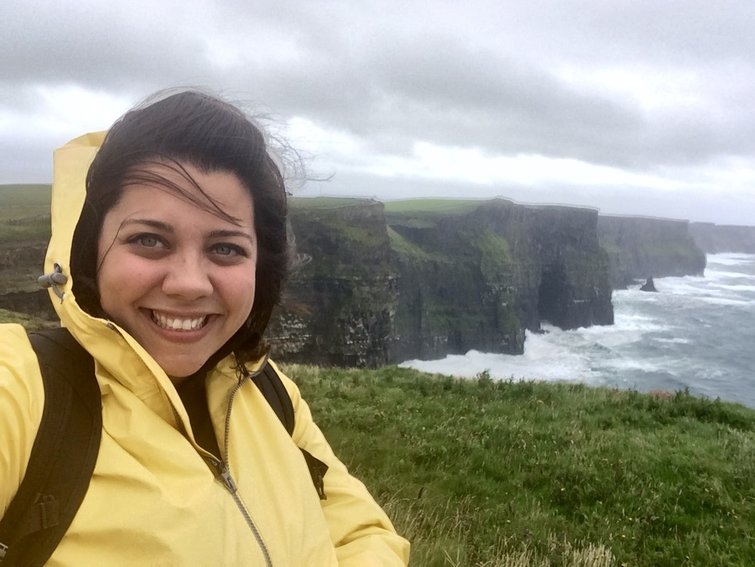 Habegger: Party of One

Written By: Rachel Habegger
I don’t remember much of my childhood. I know it was great; I have fantastic siblings, even better parents, and a million photos and home videos to prove it. Nonetheless, I’ve never had a great memory. However, one memory I distinctly remember from childhood was sitting on my bedroom floor playing Barbies with a friend. I must have been 8 or 9 years old and I remember making Barbie and Ken kiss, and five seconds later a baby arrived on the scene. At that age, that was how babies were made- by a kiss. Ta-Da! The baby-making scene still makes me laugh, but that isn’t the part of the memory that I dwell on today… It was in that EXACT moment that I comprehended my desire to be a wife and mother.

At 19 I was in college and wondering why. I had a serious boyfriend at the time who was a few years older than me and all I wanted to do was drop out of college, get married, and get on with the life I had been dreaming of for so long. Long story short- it didn’t happen. I stayed in school and we broke up. At that time, and for several years after that, I was stuck. Time stood still. My heart was so broken that I could not emotionally or spiritually move. Physically speaking, I ran. I moved to Washington DC, some weird little village in Michigan, back down to Ohio in a suburb of Dayton and finally back home in a 12 month period just to be away from my ex and my regular life. My perfect little dream was dead. Super dead.

In those first few days after our break up, I said a prayer. A prayer that I’ve only shared with a small handful of people in the 12 years since I uttered it. I told God I couldn’t do this again. The pain was too great and the loss even greater. I told Him with absolute clarity of mind that I didn’t want to be in a relationship ever again unless it was going the distance. If I wasn’t going to marry the guy, send him away- immediately. Don’t let a relationship happen even for a short amount of time because the pain was not bearable. Now you may be thinking “Seriously? You were 19- get over it.” But for the way I was raised and the way I wanted to live my life, this was an appropriate reaction. I was raised in a Christian home and knew in my heart of hearts that the choices I had made with my ex were bad ones. I gave him something that I could not get back and it had been intended for my husband. Hence the pain and hurt that I couldn’t be relieved of. This wasn’t any regular break up. I was grieving the loss of something that could never return. It wasn’t until I was 25 that I truly let my heart in on the big secret that my head already knew- Christ had long since forgiven and forgotten that sin. I finally started breathing again after six long years.

So here I am, age 31, single as single can possibly be. In the 12 years since I prayed that prayer, I’ve gone on four first dates. And not a single second date. In 12 years. Four dates in 12 years. I’m really bad at math, but if my calculations are correct, I average one date every three years. #Player (Just Kidding). The Lord has been faithful in my request and sometimes I’ve been VERY mad at Him for that exact faithfulness. I’ll be the first to admit that a lot of times it is lonely. It is hard to watch wave after wave of young 20-something girls get married and start the life I’ve always wanted. But, in my singleness, I have also had some amazing life experiences that those young married girls will likely never have. And my heart has been protected every step of the way. Protected from hurt that I knew at 19 I couldn’t (and wouldn’t) ever endure again.

These days the struggle isn’t the fact that I’m not married YET, but the realization that I may never be married PERIOD. My most recent prayer and desire has been to better understand and appreciate that this life I lead is not God’s ‘Plan B’. The life I lead is not punishment for a sin committed long ago. The life I lead is the ONLY plan God ever held for me- it is His ‘Plan A’. (I’m not saying God ordained me to the sin I committed- if you’re questioning that, we have a WHOLE other topic of discussion that I would love to hash out with you). What I AM saying is that the one True God of the universe has known me since the beginning of time- He knew that in April 2017 I would be 31 and single. He knew me when I was in my mother’s womb. He knows the number of hairs on my head. He knows exactly how many of those hairs I will frantically pluck out of my head tomorrow morning before work because those little traitors chose to go white instead of staying black. How could I doubt even for a single second that He does not know the road that lies ahead? The Lord has set me on my path and the only goal whether single or married, with children or not, is to bring Him glory.

So if there are any other single ladies out there- I feel you. I’ve got your back. Please know from one single girl to another- this isn’t your ‘Plan B’. This life you live is the only plan, it is your ‘Plan A’. You and I are not living a prison sentence of singleness waiting for the parole of marriage. Maybe you will get married, but maybe you won’t. Maybe I won’t. I think there’s a really good chance that I won’t. What I want to impart to you is LOVE THE LIFE YOU LEAD. IT WAS CREATED BY A LOVING GOD, SPECIFICALLY FOR YOU. Is it always easy to be single? No. I’m actually laughing as I write “no”. By no means have I mastered this revelation. I’m fully admitting that it is hard to be single. But I also know from those that I love that it isn’t easy to be married either.

In my singleness, the Lord has used me and shaped me in amazingly-unique Rachel sort of ways that a married version of me would not look like. I was a very dependent and scared child. I believe a young married Rachel would have turned out the same; dependent and scared. However, in my singleness I became an extremely independent and dare I say, brave, adult woman. (Married friends- I’m not saying you’re not brave or independent. I’m just saying as an individual, this is who I turned out to be.) Roughly 18 months ago I quit an amazing job with an astounding company so I could see the world. That takes guts. Did it work out? Meh, only sort of. But I did it and I don’t regret having taken the risk. Embrace those qualities and characteristics within you that you know would not have developed in a different version of you.

The last thing I want to say to my fellow singletons is this; love your married friends well. Love their children well. Love their husbands (appropriately) well. For several years in my early 20’s I falsely believed that my married girlfriends were in a secret club that was out to relish in my pain of singleness. Ahh the ignorance of youth, so awful and naive. Some of your friends won’t include you in their married life- this is a fact and a tough pill to swallow. But you will find friends who do. And as a matter of fact- those friends don’t see the lines of married/single, and neither should you. I’m not “single friend, Rachel”. I’m just “Rachel”. They are not “my married friends, Anna and Lauren.” They are “Anna and Lauren”. Your married friends have struggles too and they need every ounce of love, friendship, compassion, empathy, encouragement and trust that you need. That all people need. These women become your family. Their children become your family. Their husbands become your family. Intentionally do life (and do it well) with these people and allow them to enrich your life in beautiful and meaningful ways.


Do I still want to be a wife and mother? You. Better. Believe. It. But if that is not in the Lord’s will and plan- I will be okay. I will be more than okay- I will thrive as Habegger: Party of One. 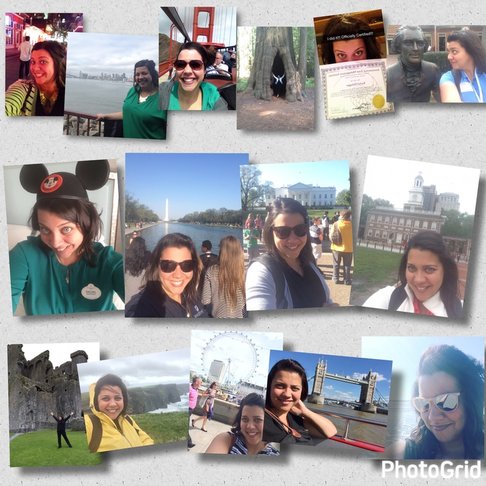 ​How I Met The Author
One my first day at my new job in Findlay, OH, I met an amazing young lady who had the most beautiful eyes that I had ever seen. Her name was Rachel Habegger, and although she was waaaay younger than me, she was wise beyond her years. We became fast friends and in one year shared amazing memories that would create a lasting friendship. My favorite quality about Rachel is her heart for her friends and family. Then and still now, I'm jealous of her sister and the way the she loves on her amazing nieces and nephews. I've always wanted an "Aunt Rachel" for my kids but I am ever grateful that God see fit to let our paths cross so that I can have a "Sister -Friend Rachel". I believe that her heart and love for others is a treasure that God has set apart. I know that there is a "Jacob" out there working his 14 years for you Rachel and You Are Well Worth The Wait.
SHARE YOUR THOUGHTS about this post
Proudly powered by Weebly